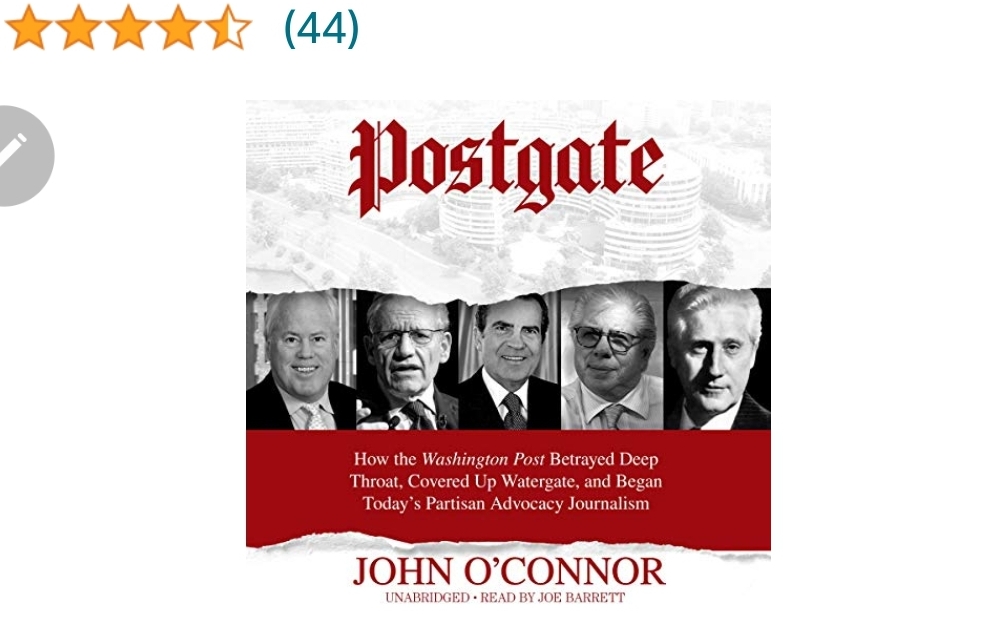 Much like scenarios today where the media covers up the real story to protect (usually Dem operatives), so was the case with Watergate,  according to O’Connor.

Nixon was way ahead in the polls- by 20% over McGovern in the run up to the 1972 electjon- so why would the Nixon people bother to get their hands dirty?

It was basically a setup by the Dems to entrap the GOP, continues O’Connor.

It begins with the GOP trying to get some files on Dan Ellsberg’s Pentagon papers that incriminate the GOP and Nixon white house. And it escalates when ‘traitor’ John Dean leads on an aggressive Paul Ehrlichman who wants to get evidence on Larry Obrien and a call girl ring  politicos were using. Dean is fearful he and others (mainly Dems) might get caught and tries to get out ahead of Ehrlichman. EHRLICHMAN , who would have had the Dems on the ropes, instead goes much too far by leading the Watergate breakin, spurrednon by Dean. Watergate  would have never happened without a rogue guy like Ehrlichman and Dean, Dems and media leading the GOP to their demise, much like today with the Dems and complicit media are trying to bring down Trump with ‘dirty tricks.’

By the way, Nixon won the ’72 election in a huge landslide over McGovern.
What never got into the Washington Post was a wider CIA operation to ‘get Nixon’ with wire taps . The Dems admitted to the call girls but nothing more.

The GOP ,as is the case today, got scared, and tried  hard to cover their ass.
Watergate was the beqinning of the big media move to the left, says O’Connor. The GOP couldn’t get past the media’s lies and biased coverage of Watergate and ended up resigning.

G Gordon Liddy could have prevented the whole thimg if he hadn’t kept silent to be patriotic and instead  fingered John Dean and the call girl ring, says O’Connor.

The bad guys who KNEW-the Post, John Dean and Dem

Postgatebook.com> mysteries of Watergate.
To write this book O’Connor spent two decades deciphering Woodward and Bernstein ‘hatchet job,’ ‘All the Presidents Men’ and its flaws And more- and was the one who figured out who was Deep Throat (Mark Felts)

Great read will shed real light on our current dirty games and politics. You’ll see an amazing parallel in politics then (the dawn of a subversive media and intolerant Dem party)  and now. Because the media has been covering for the Dems for 50 years , ever since then, the Dems are not fearful to continue to engage in their bigger dirty tricks and modern McCarthyism.