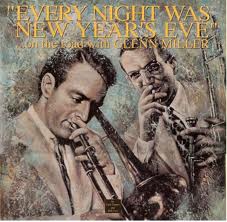 Catch glimpses of Beach Boys’ Mike Love playing Tanner’s Electro-Theramin in this early, stereo version of the revolutionary ‘Good Vibrations (Listen for the eerie, wavering tones heard more in the latter part of the song)

Dr. Paul Tanner, trombonist with Glenn Miller from 1938-1942, plays the love theme from “The Glenn Miller Story” with the Tex Beneke Orchestra in 1960. The song was written by Henry Mancini.

Imagine in one lifetime playing  trombone  with Glen Miller  during the Big Band Era of the 1940s ,   playing 25 years later on the Beach Boys’ No. 1 rock and roll hit,  ‘Good  Vibrations’  (theramin!) while improving  the old theramin instrument you used to hear in scary movies, and then becoming a UCLA professor in the 1970s.   Paul Tanner, who passed this week at 95, did all that and more.  He  helped to improve the unwieldy theramin instrument, which is that odd,  eerie, synthesized sound you hear in the Beach Boys’  avante garde recording of Good Vibrations. The original inventor of the theramin, Samuel Hoffman, saw his   career effectively end  in 1959 when trombonist Paul Tanner invented the mechanical “Electro-Theremin”  used in the Beach Boys song.  Here the orginal instrument at http://OldiesCountry.com

May I add, that I was a student of Mr. Tanner at UCLA in 1973, where he went on to teach even after making a small fortune from the Beach Boy’s #1 hit record.  He taught none else than The Appreciate of Jazz’ and was one of the most popular teachers; it was very difficult to get into his class, where he played and recounted a lot of the old Miller sounds and taught from first hand experience. (One of my other teachers at UCLA was Dr. Demento (‘History of Rock and roll’)