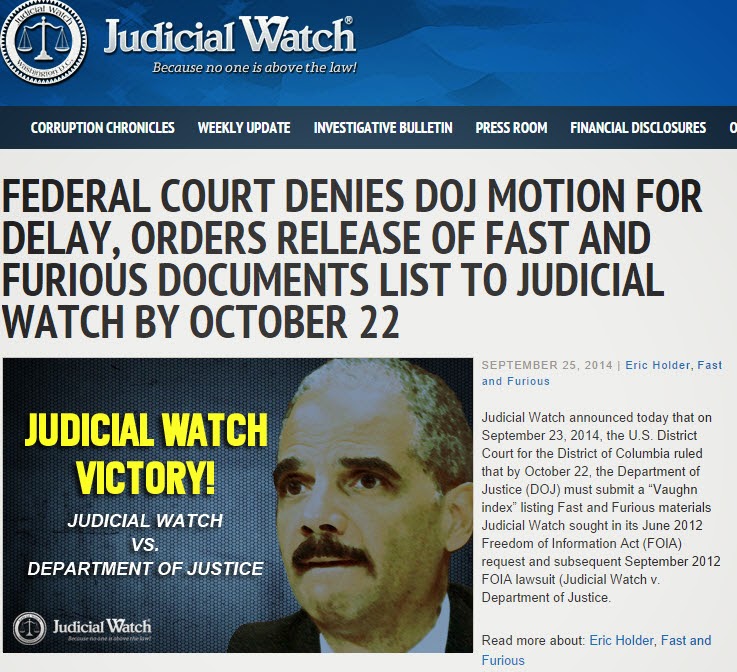 HOLDER ANNOUNCES RESIGNATION  ON RELEASE OF FAST AND FURIOUS DOCUMENTS
Judicial Watch just announced, after years of trying, that it finally is getting release of documents

via the Public Information act that implicate Secretary of Justice, Eric Holder. Tom  of Judicial Watch made the announcement , noting that it has gone to court 160 times to get release of not only these papers but those of IRS government hidings, that may also be released soon..
Fast and furious involved allowing guns to be bought and sold, knowing they’d end up in South American drug cartels. The US government didn’t bother to track the guns and Holder was the main one who signed off to allow hundreds of deaths among innocent South Americans.
Donations may be made to JudicialWatch.org where one can also


Not just Benghazi, or IRS, or Obamacare but 10 Top Scandals

NEW IPHONE 6IS HERE – GET ACCESSORIES

Tired of seeing folks, including your own friends staring down at their cell phones – or – are you one of them? Here’s a perfect gift for them – or anyone who loves or hates ‘cell phone stare,’ America’s preoccupation with cell phones! In honor of the new Iphone 6, we’re offering 10% OFF All Cell Phone Covers with above design or customizable. Next time, perhaps,we’ll sell the Elizabethan collars, too. cell phone addiction, cell phones in school, cell phone recon,cell phone addition, signs of addition, history of cell phones, upcoming cell phones, put down your cell phone