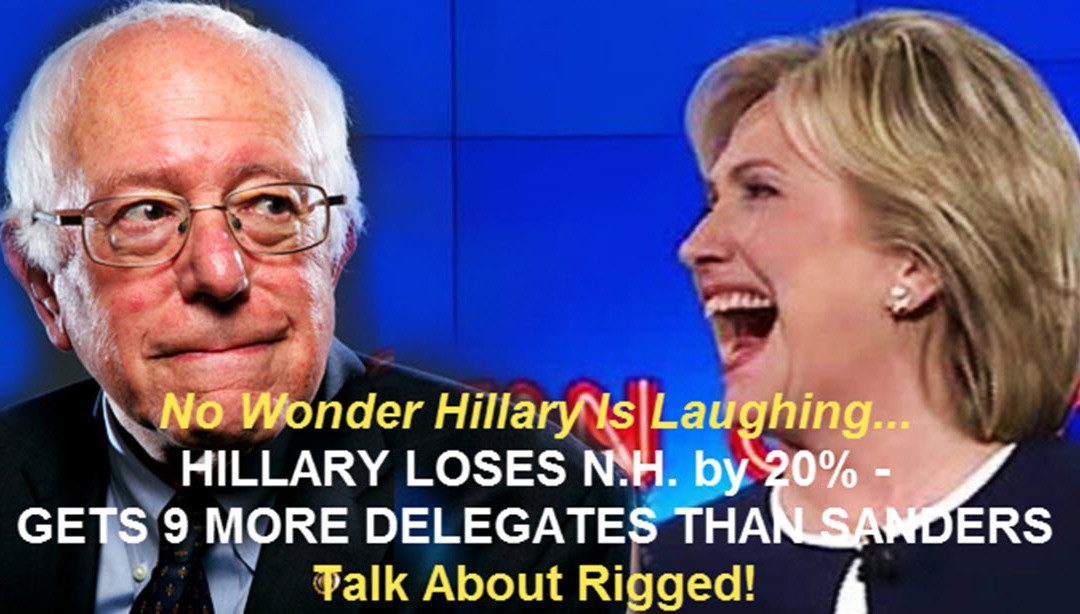 Love Him Or Not, Trump Has Exposed Corrupt Parties, Delegate System 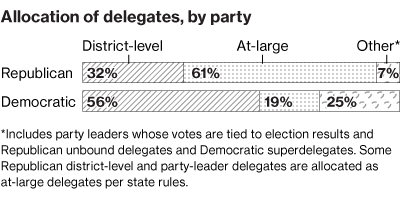 Democracy or Socialistic Society?   Trump Exposes That Your Vote May Mean Nothing

Whether you like him or not, Donald Trump has brought to the fore major corruption in both political parties that has affected the political process. Only a true outsider not dependent on crony capitalism and ‘insider trading’ could do this, so give Trump credit at least for opening up a new  anti-government wave against the corruption. What we just saw in ‘rigged’ voting in Colorado, Louisiana and states before  has been largely overlooked or ignored in past elections-until now. Trump is that guy many people have been waiting for to finally stand up against the mainstream media and establishment ‘system’ while having some impact. Trump may not be as organized or up on the issues  as others but he offers something that other candidates have not, heretofore. Trump’s campaign is in the hearts of many average American voters who haven’t been really heard until now.

No wonder we see candidates once far ahead in primary voting, such as Rick Santorum in 2012, suddenly cast aside by party elite assistance to, e.g. Mitt Romney. 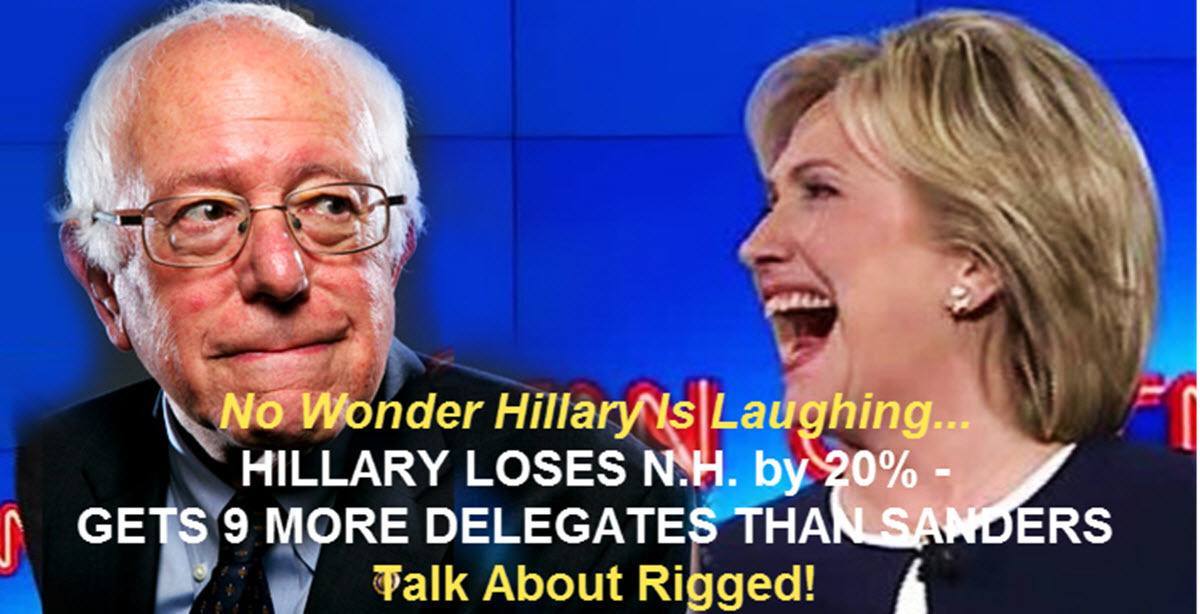 Let’s face it. The insider party candidates are by and large all tied into money, dependent on lobbyists and crony capitalists in buying votes. And, other non- candidate party members are largely beholding to the party line for their jobs. Same goes for members of the media, who are nowadays tied into advertisers who favor certain candidates, usually Democrats or liberal-leaning persons. President Obama’s entire presidency has been politically-based with every decision tied to political gain. Only can someone like Trump come in and shake things up.

DOES YOUR VOTE REALLY COUNT?

Party manipulation has long been part of the voting process, with parties tweaking the electoral delegate process as the Republicans did in 2012 to help   Romney gain the Republican ticket.   The electoral process may make sense to give small states a fair chance against big states but when it comes to delegate count, that shouldn’t be manipulated every election, if ever.   Certainly, the electorate must wonder, at times, what their vote is really worth if the party is going to make the ultimate decision who wins elections. 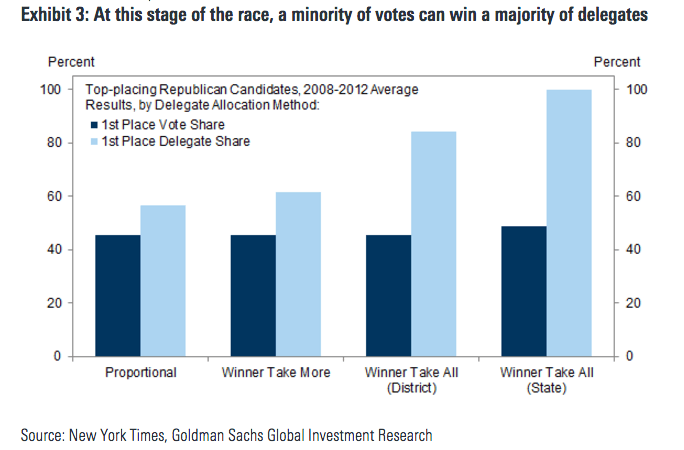 Voters must wake up,  appreciate and ACT with   Trump,Cruz and a few other outsiders like Carly Fiorina and Mike Lee  who have exposed the political game – on both sides of the isle. And, it CAN bring results against political insider corruption ,   going against the party plan.  The party Republicans have lost the last two elections with their guys, Romney and John McCain, but in the 1980s it was an outsider, like Trump, with the requisite personal money and and name recognition, one RONALD REAGAN,  WHO won two terms despite the party, which did not initially support him. 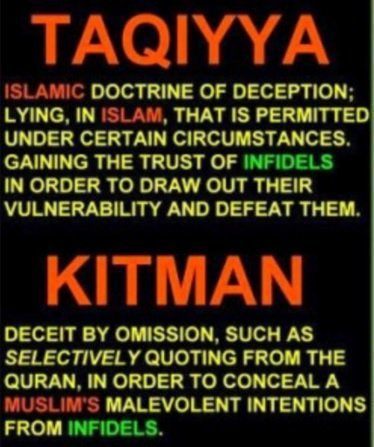 Today, more than ever,  the United States is approaching a ONE PARTY system, thanks to Obama, who continues to get away with murder with self-serving followers and media, who benefit directly or indirectly from Obama’s handouts, whether it be the growing number of poor thinking they’re really benefitting from all the favors or the well-heeled corporates and Hollywood wealthy raking in profits from Wall Street, propped up the past seven years by Obama’s zero interest rates ; the lower class seem to benefit in the short run   (but not really in the long run) by the various increasing handouts, from food stamps to health care to welfare; meanwhile we’ve seen the middle class shrink with many ending up in that lower class. Sounds more and more like totalitarianism than capitalism with the small higher class proletariat and the large lower class bourgeoisie, with many of its victims still blind to the REAL picture that’s been happening. Meanwhile, Obama continues to bring in left-leaning refugees to help swell the Democrat voting ranks.

Whether Trump makes it all the way or not, what he has achieved already in exposing the corruption will carry forth to other outsider candidates for the future. Just look at how outsiders Trump and Cruz have skyrocketed form nowhere to the top of their party candidates. Other ‘outsider’ candidates such as Ted Cruz can thank Trump for helping to expose the faulty system, which has brought over independents and even some Democrats. To a lesser extent, Bernie Sanders has done the same thing as Trump for the Democrat party. Hopefully, we’ll see other Republicans , and perhaps Democrats learn from Trump, as long as they’re willing to forego their deep pocket alliances. After all, Sanders has done pretty well without major sponsors as has Cruz to a lesser extent.

No, Trump is far from a perfect candidate, but he should be given credit and even a chance at the Presidency.  Sure, it would be a gamble with someone like him; but then, that’s what they said about Reagan, too, who had no real government experience before being elected President.

In a perfect world, outsiders like Trump and Cruz would band together to present what would appear to be an unbeatable ticket.   Trump’s bombast and personal attacks might have already gone too far for Cruz to swallow   and take a Vice President position on the ticket. But, if it were the only way for the Republicans to win, just maybe they would reconsideR.

Hopefully, voters can overlook the Trump bombast and see him and Cruz as the best two candidates running for President. Rather than being locked in, we should appreciate having one one but two outsiders as compared to the last two election losers.  Once we all get behind one or both of these refreshing outsider candidates we can have VERY GOOD CHANCE of beating the very weak Democrat candidates Clinton and Sanders. So, if you’re against ‘government as usual’ including crony captialism, dirty tricks, executive actions, try to appreciate the sleeping giant that Trump has awoken. It has brought many new GOP voters and exposed the lies in the SYSTEM, which can only help the anti-‘government-as-is’ movement.  No longer is supporting anti-establishment candidates considered so ‘kooky’ and terrible. We’re not supporting Trump – Cruz has many different qualities to offer , which is why he and Trump could make a great team, but Cruz may not have the votes or the unique media skills as Trump. Trump may be the last chance for saving this country from  the one-party, socialist system it is becoming.

BOTH GOOD INDIVIDUALLY, BUT TOGETHER TRUMP and CRUZ

UNBEATABLE WITH OVER 70% OF GOP VOTES 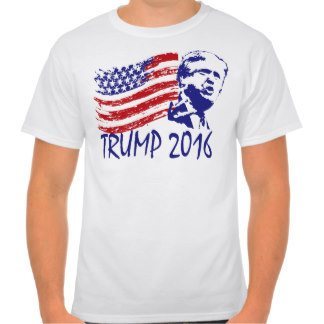 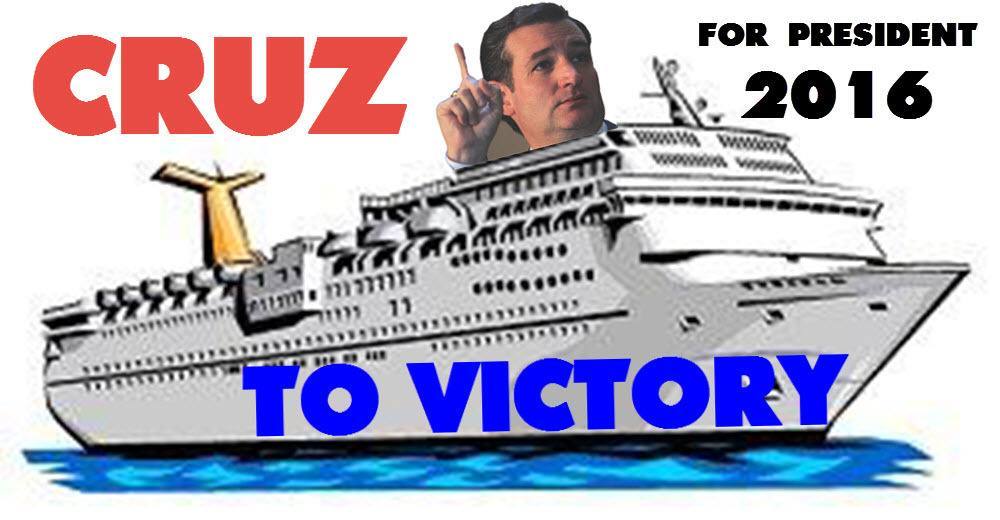