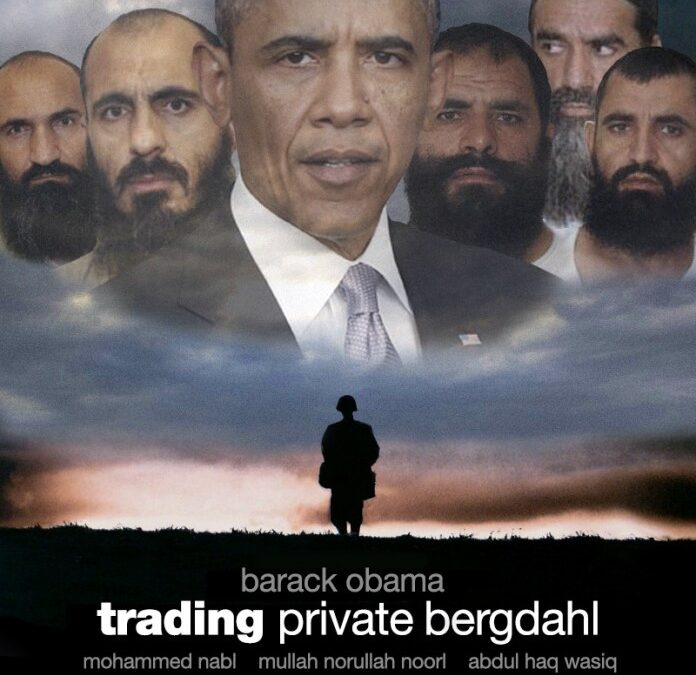 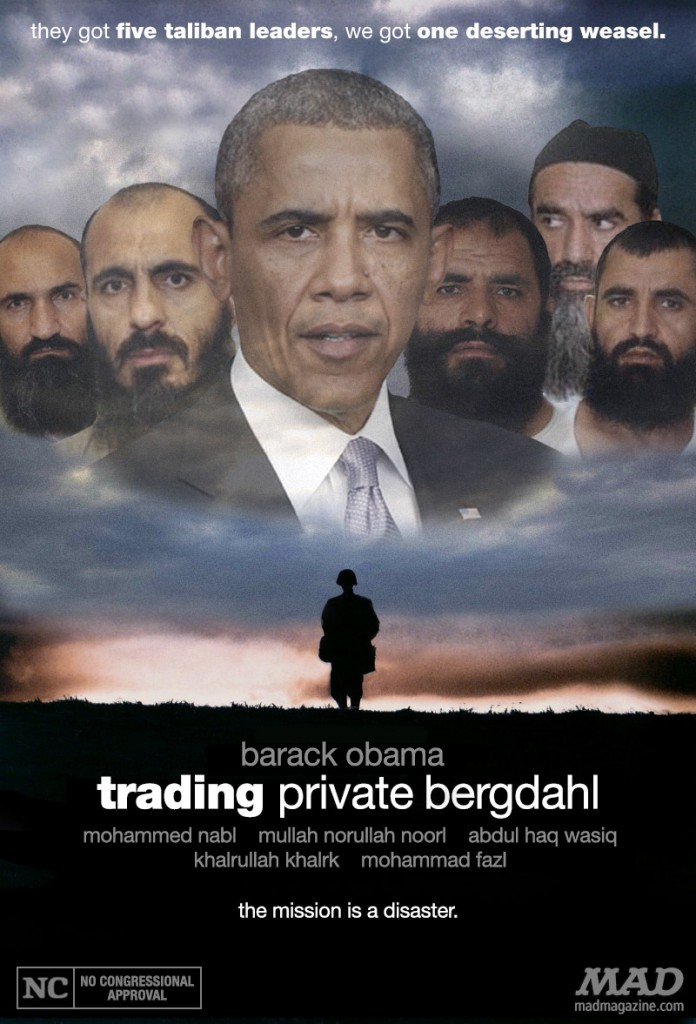 Comedian’s Advice to Obama on

Bob Newhart: Hello Mr. President, you probably don’t know me but I’m BOB NEWHART . I used to be a famous comedian probably before you were even born and I thought I’d give you a call. I knew all the past six or seven presidents and occasionally gave them some words of advice , you know, in a lighthearted way, of course.  I saw you on Letterman, recently, and thought I could do one better.

Obama: Well, okay Mr. Newhouse.  I’ve got a pretty busy schedule today and  I don’t normally just talk to strangers on the phone but they say you’re friends with Dick Gregory and Cosby so I figured you’d be safe.  I’ve got a few minutes before I go out fundraising. So, tell me what you got .

Newhart:  OK. Well, I don’t normally get involved in politics  and  I like to keep it kind of light  but I see you’ve been involved  in some scandals  lately and could use some help  . I remember back when President Johnson had some  trouble over in Vietnam War. I think my advice may not have ended the war but it got him to make a big, personal decision, that probably helped the country.  Same thing with Nixon and Watergate.  He took my advice and bowed  … well, you may remember that one. For these guys , a single scandal knocked them out. You’re lucky you’re still in office after five or more of these scandals …

Obama: Excuse me , Newhouse , but there aren’t any phony scandals . That’s   the media concocting some stories over at Fox   .   They’re pretty good at that. Period. So, I don’t want to waste your time.

Newhart: No, I didn’t say PHONY SCANDALS.  That’s your word. I just said SCANDALS.  What’s all this I’ve been hearing about  veterans not being given the medical care they need and that Affordable Care Act turned out not to be so affordable for some?   …  and I’m trying to keep things light –  I’m a comedian – and what about t the IRS deal, the AP phone tapping and   Benghazi?  They tell me you were sleeping on the job when  four of our Embassy guys got killed.

Newhart: I am. I’m on America’s side. Just trying to get you to lighten up and see the American people’s side.   I’m kind of like Leno and try to see the whole picture.But Leno is  gone now and I think, perhaps , there are too many others giving you bad advice. I’ve been around awhile. I’m telling you, Mr President,  what the American people really want to hear. Yeah, some of the younger ones  may have gotten spoiled ,initially, on your food stamps , free phones and other entitlements but, in the long run…

Obama: Now, wait a minute here…I’ve really got to go…

Newhart: You know those 47 percenters  Romney talked about are starting to wake up and realize your entitlements are really holding them back in the long run.  As a nice guy who’s been around awhile,  I just want to help you out … I’ve got a way to do it. You’ve got to lighten up Prez, just like this old comedy routine I did.  Look at the big picture.  Americans aren’t quite as stupid as you may  think. Nor are the Republicans. People are people. You’re the President and you’re supposed to LEAD them, not DEFEAT them.   Don’t have such thick skin. As President, you’re always going to be a target. You think that Bob Hope or Jack Benny  only skewered Republicans? You’ve been fortunate until now supported by a lot of Lettermans.   You did say you want EQUAL OPPORTUNITY FOR ALL, right? President Obama,  I didn’t call you up to upset you… but , coming from a  comedian – at least that’s what they called me – I thought  it might be easier for you to take suggestions.

Obama:  Now listen here ,Newhouse   guy . I thought you  were going to give me some friendly advice that I would agree with. I ‘m not going to listen to Gregory or Cosby again.   Now I’ve go t to go do some fundraising now. I really got to go.

Obama:  Yeah, well maybe I could probably use a new heart, advice…. It’s been a little bit rough   lately. Even my own press and my government have started to turn on me. Yeah,  I guess I do  have something  to  run by you as a you’re a man of experience. Heck, my own people aren’t doing much so let’s see what you can do. Here’s  my latest ideas…   There’s one American prisoner over there in Afghanistan we’re thinking of bringing back home  We’d h ave a little White house Rose garden press conference    with his parents . Folks would forget about the veterans thing (which I really wasn’t involved in, anyway…that went back to Bush,  you know. )

Newhart:.   Sounds like a good idea . Obama:  Yeah, you know, like in ‘No prisoners left behind.’ Newheart: How long has he been over there. Obama: Five years. Newhart: Who’s the prisoner and how are you getting him back?   Obama: His name’s Bergdahl and we just have to give up a few prisoners to get him.  They’re finally loosening up and this could be another biggie for us. Maybe almost as big as the Bin Laden capture. Newhart: Why don’t you just go one for one?  Obama: No, we got to give up five. Afterall , Israel gave up 1,000 prisoners  just to get one back. Newhart:  Where are the prisoners now and where will they be released?

Newhart: Isn’t that the high security prison  for hardened criminals down in Cuba?

Obama: Well, yeah, but… we need to start clearing that place out, anyway.

Newhart: Wait a minute. You’re telling me you’re thinking about giving up a couple hardened criminals who could go right back out and kill , possibly killing more Americans in Afghanistan or elsewhere. These people wouldn’t happen to be terrorists that you’re trading for by any chance would they?

Obama: Noo, no they’re just some Taliban guys that have been there a long time and haven’t caused much trouble lately. Plus, like I said, I want to start clearing  out that prison

Newhart:  Taliban . Did you say Taliban? Though I don’t know a lot about politics and foreign affairs  I do know that the Taliban were involved in the 9/11 massacre of 3,000 Americans at the World Trade Tower. That’s a lot more than those thousand guys Israeli gave up who didn’t necessarily kill.  Can’t get much more hardened that that. And , how do you know they won’t kill again? Here you’re trying to end the Afghanistan war and…

Obama:  It shouldn’t be a problem.  It’s actually five prisoners, among the top Taliban leaders , too.

Newhart: FIVE HARDENED TALIBAN PRISONERS! You’re going to  be   right back to square one while  you’re trying to get out of Afghanistan… And you’ll end up having to stay over there and put in more soldiers.  Tell me about the young man you’re taking back. I hope everything’s right with him and not some deserter or something.

Obama:  Oh, he had a few problems but he’s the only American soldier I could find to bring back to make a nice presentation. We’ve got the press conference all set up with the parents for the Rose Garden.

Newhart:  Again, did I hear you say   that you’re trading five terrorists for one American DESERTER?  . I don’t think that sounds like a very good trade at all. You think the Americans will go for that?

Obama:  Nobody will know his background – what  difference does it make? -plus the media will cover , as usual. So  the father has a long beard and speaks the Afghanistan tongue.  Plus, the wife’s kind of cute.

Newhart:  Just don’t take another selfie, please. So, what did Congress have to say about all of this?

Obama: Executive Order. They won’t know until after…

Newhart:  Mr.President, you’ve skated pretty free until now, but do you really think you’re going to get away with this one?  I don’t even think the Peanut Farmer ever did anything this extreme.

Obama: We’ll  see.  Just in case we do we come under any scrutiny we can  always blame it on Hagel for signing off on the trade.  Anyway,  the economy’s on the rise for the 60th  straight month , the stock market’s doing great,  I’m doing great and I don’t think we have to worry , but thanks.  When folks see me in the Rose Garden with the Parents we will get some nice points for saving this young man who has fought for his country.  This should get the veterans medical issue off the front page and give us another warm glow.  I can’t see it not working.  Remember, ‘No Prisoners Left Behind.’ We’ll push that. Period.

Newhart: Hmm, Five Taliban Terrorists for One American Deserter. What can I say? This one may be worse than all the other scandals put together,Mr. President.  Cosby did say you could be pretty stubborn. I can see why you’re not getting anything passed in Congress and have to resort to Executive Privilege.  So, much for my free advice. Good luck Mr.President. I thought I could help you as I’ve helped steer  past Presidents but it doesn’t look like it. We shall see what happens

Obama: You really thought you could CHANGE   me , didn’t you?  I’ve given you enough of my valuable time. Later, Newhouse. Period. 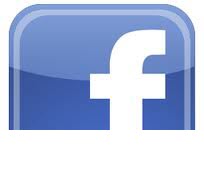 CHECK OUT OUR ROAD TO SUCCESS BLOG (http://www.RoadToSuccess.us) for More Humorous (and Serious) Takes on Politics and the Road To Success along with our famous 100-year-old Road To Success motivational poster and other items free or for purchase guaranteed to get a laugh or raise an eyebrow!