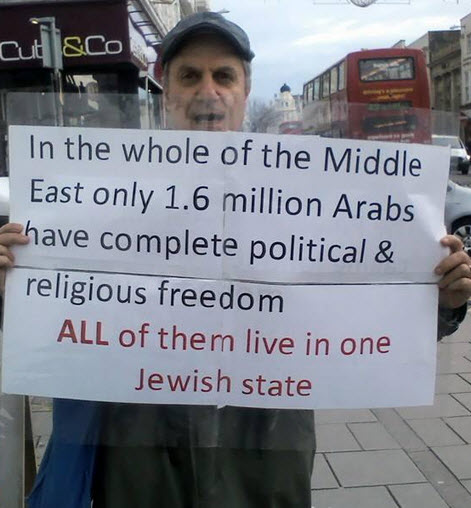 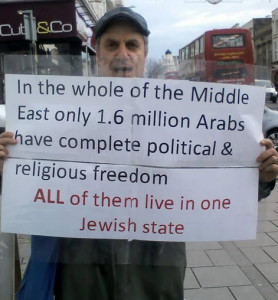 Open Letter to American Jews – Your History, Existence Hang in Balance as Those Questioning the Holocaust Now Writing Your Students’ History Books

For California Students, a Frightening “Debate”

Thanks , Suzanne, daughter of a Holocaust survivor herself,  for the very revealing article , ‘For California Students, a Frightening “Debate”About the Holocaust ‘  (Suzanne Singer, ReformJudiasm.org, May 12, 2014) , but not surprising as we see society reverting back to 1940 ideologies , highlighted by this revisionist history now being taught in our own schools  where  the Holocaust has been largely expunged  or its existence questioned.  Some of the  young teachers of today,themselves,  were likely raised on the ‘new history’ which denies or questions the Holocaust.  That it’s Riverside or any rural town outside the more ‘open’ big cities is no excuse for such ignorance. Riverside is close to the  third largest Jewish population in the world,Los Angeles, yet even the Hollywood movie moguls and actors, themselves , seem to have turned a blind eye to the plight of the Jews as they continue to follow the George Soros’ , Jeffrey Katzenbergs and even Stephen Spielbergs – he of Schindler’s list fame –  and perhaps the least Israel-friendly U.S. administration in history. Then we have the news media – much of it also made up of young folks who follow the ‘party line’ and , again, likely raised on the  ‘new history,’  themselves. In any case, it’s wrong. Very wrong. Only 70 years since the Holocaust we’re sitting on a  time bomb much as the U.S. did in 1940 – and we know what happened then.  Had not FDR but Churchill  intervened there might have been many more than the 6 million losses.  With not one Hitler but many despotic leaders in the world today,  another Holocaust is very much within the realm of possiblity.

Many in America,  today,  have it either  too easy or too difficult and aren’t paying attention:  the ‘one percenters’   enjoying the fruits of the artificially-pumped up stock market while the  middle class struggles to stay afloat in an economy /society  more and more reminiscent of  our old cold war neighbors and, yes, communism – dare we say the word.  And,  American Jews, themselves,  are in the center of it all.  Having grown up during  thee ‘Cold War’ I remember the concern within the Jewish community then- and the United States, in general. When it came to the ‘Six Day War’ and subsequent  Mid East threats involving Israel, it seemed that Israel was strongly  backed by the United States and its citizens as little David took care of Goliath. Not so today, where a simple button push could wipe out millions.  But, most people are too busy with their own existences – either struggling to stay middle class or perhaps spending too much time taking ‘selfies’ with their iphones as Netenyahu recently noted – to really pay attention or even follow the real news -difficult to find as it is  .

It’s time to correct the modern history books, immediately, while standing up to this almost unbelievable revisionist history going on under our noses. Jewish parents, who know better, should challenge the schools everywhere as same or similar history books are  being read by students  in many other  towns across the country . It’s hard to believe that this can be happening in today’s modern, ‘ tolerant and transparent ‘ society lead by the ‘most transparent administration in history’ , deep in more scandals than any administration before it, one that would rather meet with the Iranians than the Israeli prime minister. The U.S, itself, has provided the enemy (Egypt, Libya, Syria) more advanced weapons than we had during World War II The world is a lot smaller now, as it were, and 6 million could be a drop in the bucket if World War III broke out today. It’s not only about the holocaust but war in general and the times we live in. If you agree -and how could you not-fellow Jews STAND UP and SPEAK OUT NOW !!!