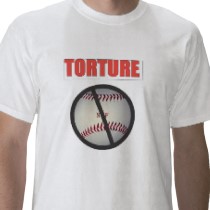 1) Giants suddenly went from a .500 team at all-star break to .800 rest of season , with most victories in league the second half of season with only additions of Jose Guillen* and Cody Ross* ( Buster Posey was brought up from minors, though Molina was having a good season) and then there was also a new ‘throwaway’ third baseman. Mike Fontenau(sp) from the Cubs.

2) Giants team went from among the teams with fewest home runs to most homeruns in league during September, after Jose Guillen joined the team, and this coming at one of the worst ballparks in which to hit homeruns.

3) Jose Uribe has hit the most homeruns of his career this year ( 25 ) at age 33 , playing in a unfriendly-hitters ball park. He also defended latin players on steroids in an interview May 2009.

4) *Cody Ross* hit 7 homeruns in less than 100 at bats since coming to the Giants in August, including three homers in his first 6 at bats in the playoffs. These are Bonds and McGwire –like stats of homers per at bat, roughly 1 home for every 12 at bats since joining the Giants.

5) Giants pitchers had their best month in September across the board, with only Sanchez showing some fatigue at the end. Matt Cain had his best month of year and maybe career. Previous no-name pitchers like Ramirez, Lopez and Casia have been nearly invincible

6) *During his short month time with the Giants, Jose Guillen* had several key hits to win games, probably more than enough to close the two game gap between the Giants and the San Diego Padres to give the Giants the NL championship. The acquision by the Giants of the known-steroid user (in 2002 and 2005, Mitchel Report) may alone have propelled the Giants into the playoffs and potential World Series.

7) If GM Brian Sabean was willing up pick up a known ‘dirty player’ like Guillen – with a bad attitude to boot, and then deride the media for bringing it up, there’s no telling who , among the other cast-offs-or regular players- might be dirty. Sabean has had a 10 year-plus track record of bring in players ‘ at any cost’ that other teams didn’t want, for obvious reasons.

8.) A weak-hitting Giants (until the last month) manhandled the American League’s top pitcher, Cliff Lee, not once but twice in the WS, in their park, after he never lost a game to better hitting teams in nearly 10 previous playoff games? Same holds true for the Giants beating virtually every other top pitcher they faced lHaliday, Oswald, Hamils, etc.)

9.) Body changes and unusal habits: In addition to the aforementioned Cody Ross’s stats, we are told Ross gained a significant weight recently. This is hearsay, as I haven’t really seen a picture of him as he doesn’t do many interviews; sudden weight gain can be a sign of steroid use, especially in sports figures where normal weight gain is unusual; some reports on same thing happening to Edgar Renteria; the latest hitting star of the Giants and WS Most Valuable Player had been dead in the water the past several seasons, and at an advanced baseball age suddenly hits two homers in World Series after hitting only one all season!. And, what about Jonathan Sanchez going to his mouth on a regular basis while pitching?

10 .) The Giants are the only team to win the World Series after only being in first place as few as 37 games during the season. You may be able to fool stats in short series but the numbers clearly favored the Rangers over Giants in the 7 –game World Series – by a lot; same for Philadelphia over the Giants in the 5-game playoffs. In a short three game series , or even five, luck can play more of a part, but in a seven game series the better team almost always wins, yet the weaker team

won this time, and by a big margin in only 5 games – and in the opponents home park.

Bonus #11) RENTERIA – Just as we were about to bring up Renteria as the next possible Giants user, based on his sudden improvement during September and October, after a totally lackluster several years with the Giants and object of much derision and trade bait. One homerun all season. Then, suddenly a good ‘Guillen’ last month and then he hits not one but two homers in the world series including the winning homerun! Too much.

Just too many factors above pointing at a world series stoen by the giants. It’s not a scientific fact yet, other than Guillen’s use but a little more investigation could and should bring out the facts.

Could there be a connection between Guillen’s joining the team and the Giants stepped-up performance in September? Could he have shared his stuff with his Giants friends, much like Bonds did before? Maybe other Giants already had theirs. There have been allegations on the internet that Ross was a steroid user, -not to count that as fact, but often where there’s smoke there’s fire. We’re just adding up all the pieces and when you put them together it doesn’t look good for the Giants and baseball, unless you’re one of those Giants fans who never cared that Bonds was using and probably don’t care now.

San Francisco has become an Sanctuary now for wayward ballplayers just as it is for wayward people, homeless, drug users, etc. But that doesn’t make it right. More steroids

The contrast between the cities of Dallas and San Francisco is startling.