HOW TO VOTE – The Correct Way and the Illegal Way 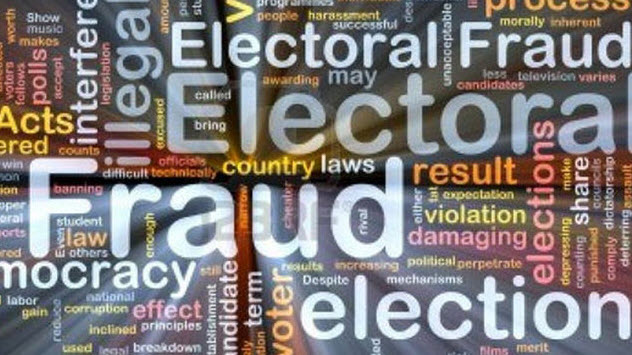 WHAT HAPPENED TO COMMON-SENSE VOTING? HOW TO IMPROVE

There was a time, not so many years ago, when  people voted on election issues and candidates based more on empirical reasoning. Today voting is based almost exclusively on the party line or by what a person’s favorite network or pundit has to say about a particular candidate or issue. We see this even in Congress where our congressional leaders vote in lockstep on candidates and issues.  This has made for a very derisive and corrosive situation where the best person or issue doesn’t always win and often, bringing down society’s standards.

In the media it’s the same story or worse. Not that long ago newscasters such as as Walter Cronkite and Tim Russert, known liberals, were able to put their personal political beliefs aside to report the straight news. Today, one can hardly distinguish between a  news anchor and political pundit. Back in the 1960s when we studied journalism we were taught  to give equal time to  both sides of issues or candidates, as much as possible. One would make every effort to give both the Republican candidate and Democrat candidate equal opportunity to voice their platforms with or without pointed questions at not one but BOTH of them.

Such objective fairness has gone by the boards in recent years, especially when it comes to political issues and people. There are reasons for this, but in an effort to stay objective we won’t go into these in this article.

TWO SIDES TO MOST ISSUES – IMPORTANCE OF WITNESSING BOTH SIDES

Today’s media have made it more difficult to come up with the ‘right’ answers.  Watching or listening to one specific station or network will usually give a person a skewed picture. In researching issues today one must watch, listen and read any number of networks   and/or   print media that represent both points of views – or sometimes more.

At one time the major networks, in general, reported the straight news. One would hear nearly the exact same information from any of the ‘Big Three’ networks, ABC, CBS and NBC. Same for publications.  But today, in order to get a fair representation, one must go beyond those networks to find a balance of media representing both sides of issues. This can be difficult. In a 2016 survey by liberal Harvard University, most media were found to have a definite liberal slant. The baseline was the    the Presidential Election involving Donald Trump and Hillary Clinton.  Of the 10 media surveyed only FOX news showed an even-handed balance – and even they had a slight swing to the right. (See chart above)

So, to make a well reasoned decision in the upcoming election we encourage you to not limit yourself

to just one point of view because that’s what you’ll usually get if you just follow a single medium or even several from the same slant.  Encourage your family members and friends to do the same. Then, maybe then you can have a REAL DEBATE over substantive issues rather than be afraid to talk politics, as so many are today. 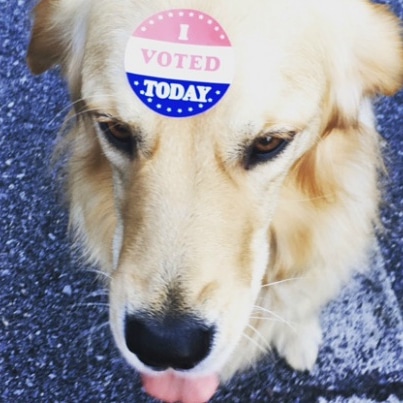 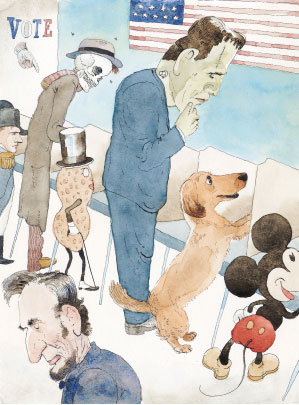 D is ANOTHER IMPORTANT ELECTON ISSUE

Try walking into any election voting precinct and you should be able to vote with a valid address and little else. . Last election I did that without  being asked  for any ID.  And I wasn’t   even trying to cheat. Just think of all the people who do this intentionally many times over. Voter I.D. is way overdue.