CHEVY VOLT SALES ‘BELOW EDSEL’, OBAMA KEEPS IT UP 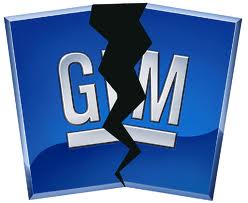 The Chevy Volt has sold less than the ‘Unsafe At Any Speed’ Corvair and Edsel in the same time period of 2-3 years.
Edseland Corvair were discontinued after their poor performances back in the late 50s-early 60s, yet
Volt hangs on, a ‘pet project’ for the Obama Administration, tied to the government’s new
ownership of GM, says Charles Bartell.

Charles Bartell of Newport Investors group brings forth how General Mortors has been able to somehow show such positive results this year. He says GMs sales have been built on sub-prime sales and ‘air’. Invest in GM and take a big risk, says Bartel

After a council meeting on fighting obesity, chairperson Michelle Obama took the party
for pizza at a pizza parlor

Obama: ‘My purpose for a balanced budget is more than just balance.’ Obama has yet to put forth a budget. He’s the first president since 1921 not to submit a budget in his first four years.