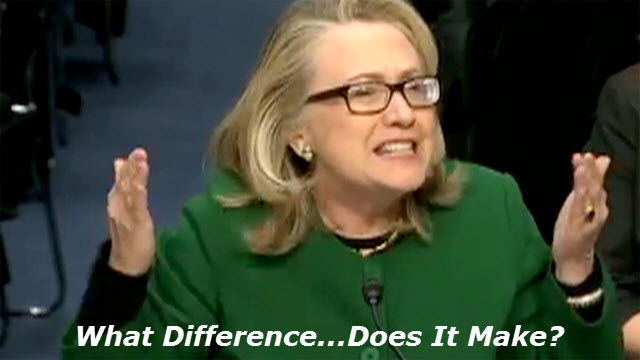 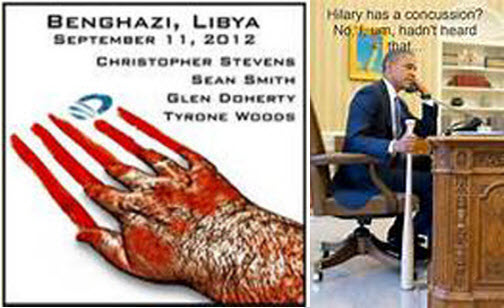 September 11, 2012
BENGHAZI TIMELINE
12/12 CONGRESSIONAL HEARINGS ON BENGHAZI TAKE PLACE
but Hillary Clinton, the key link, is nowhere to be found…INSTEAD
1)  Clinton goes to Australia to attend a Wine Tasting
2) Clinton falls down in her home and has a concussion
3) Clinton has surgery for a blood clot in her head 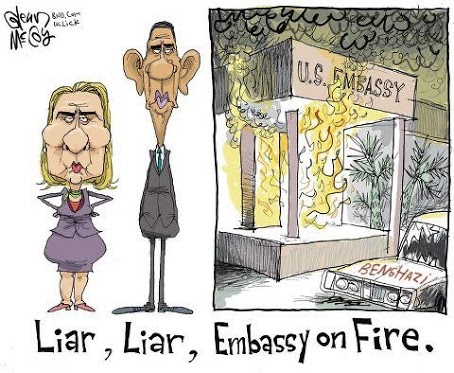 A few days before she is to leave office as Secretary of State,
Hillary Clinton finally shows for hearings and proclaims: 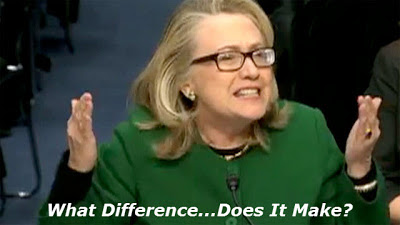 –  Refusal to give true details eight months later, only false promises that the purpetrators ‘will be                brought to  justice.’ 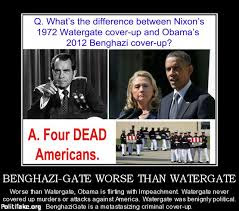 Eight Months After Benghazi…
Still No Answers from the Obama Administration
The modus operandi for the Obama Administration becomes obvious after we see it repeated so often:1) Promise an investigation and that purpetrators ‘will be brought to justice.’2) Stonewall for months3) Refuse to talk ‘pending  the investigation.’4) String along the ‘investigation’ for many months until , hopefully, people will forget Benghazi
and other topics willtake over Americans’ short attention spans.5) When people ask , ‘What REALLY Happened,’ just tell them ‘ Oh, that was so long ago…’ 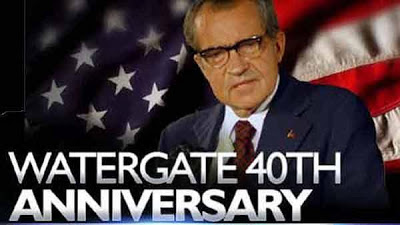 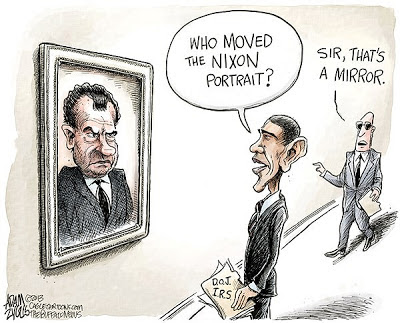 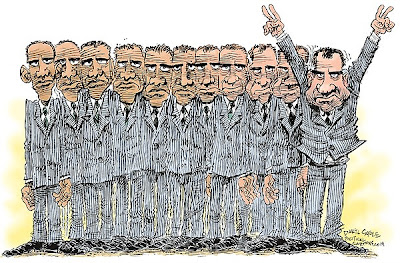 … and more scandals coming for Obama.  Gee, Nixon only had one! 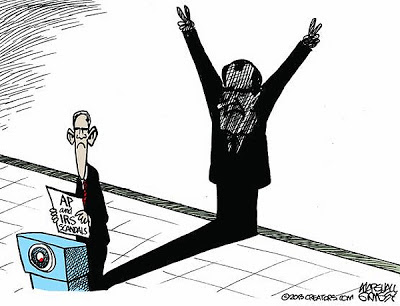 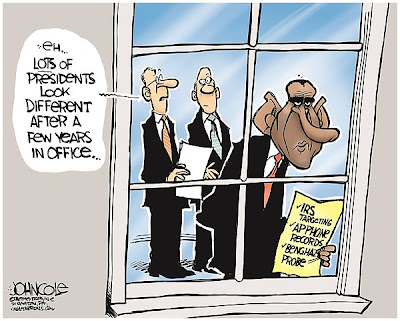 Now Your Turn… What Can You Do To Help ?

SIGN THE PETITION       END THE COVERUP
…and that’s only ONE  Scandal !  Wait until you see the rest…
COMING SOON! OBAMA’S TOP 10 SCANDALS
and counting
Pick One:


Spread the Word with Tshirts – Give As Gifts 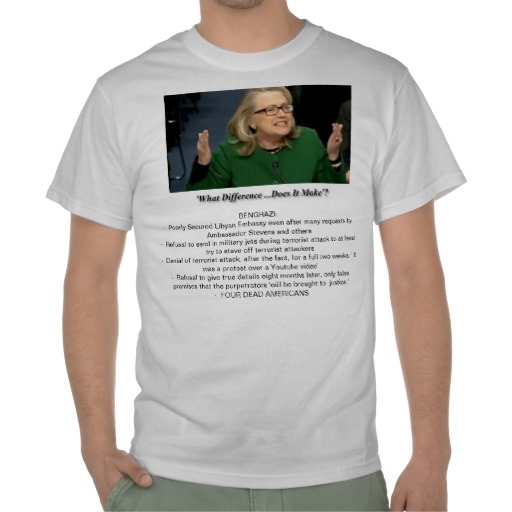 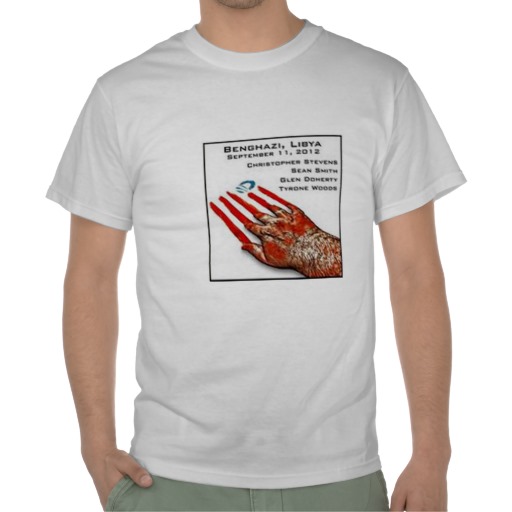