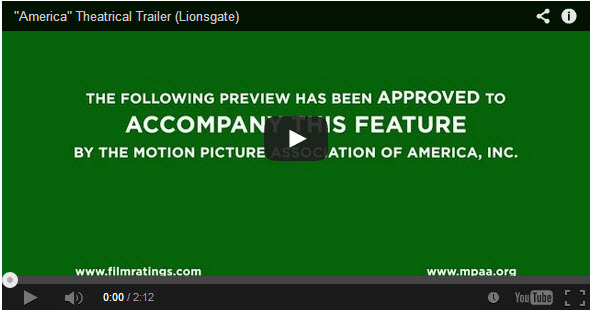 The new movie , based on a on the No.1 Amazon best selling book, starts out asking the questions,

‘What if General Washington was killed in the war of 1776 before the constitution was signed?’

‘What if Lincoln was killed in the Civil War?’

‘What if Hitler had the Atomic Bomb?’

Then we’re shown how America and capitalism have always been challenged, be it with  the Indians claiming their land was stolen to everyone else of lower means upset with those of higher means. The fact was the various Indian tribes mostly killed off each other and disease wiped out the remaining 80%.

Same goes for  other problems. America  has always lived by the constitution and freedom for all eventually has won out in every case, be it slavery, McCarthyism or other examples.  The fact is that nothing was stolen from anyone. In fact, America has always prided itself on how immigrants  and minorities have been able to come to America and thrive , whether opening their own tailor or butcher shop , or working on an assembly line in Detroit. (In one later scene, we see a now decaying, shuttered Detroit,   devoid of many of those old auto assembly lines and other businesses that helped  build America. D’Souza warns that this could happen in other cities, too.

But there have always been those    who would gather together the lower income people  – and pit them against the rest of society ala socialism / communism.

D’Souza shows how many , such as Saul Alinsky took advantage of the times of the late 60s when there was already disorder in the country and revolutionized impressionable young college kids who were trying to find themselves. One such person was Hillary Clinton, who became friends with Alinsky and, for a time, followed his teachings in his book, ‘Rules for Radicals.’

Alkinsky wrote about community organizing from the top on down, trying to show how people are or should be dependent on  big government. His goal was to show them that they can’t  do things on their own.  We see Alinsky’s teachings brought forth today when President Obama – another student of Alinksky’s- says that entrepreneur’s ‘don’t build things’  themselves but are enabled through government, be it the roads they drive on to work or the trees that are turned into paper they use at work, etc…. a real stretch.

Hillary Clinton, according to one of many scholars and people  of the Sixties   interviewed by D’Souza, departed somewhat from the Alinsky plan to a goal of controlling people from within   government rather than as an outsider, like Alinksy.  We now see the initial bond that developed between Obama and Hillary through their similar beliefs in Alinsky. Interestingly, Hillary’s husband,Bill Clinton, doesn’t seem to share those exact same beliefs; he ran a more moderate,smaller government,even cutting back welfare during his reign as President . 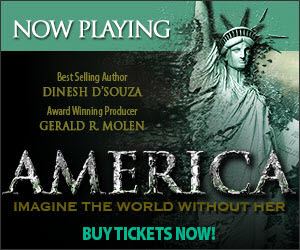 D’Souza interviews people like Howard Zinn, another disciple of Alinksy, who fashioned his own revisionist  American history in a book now required reading in many secondary schools today.  Like most of the other ’60s radicals, Zinn writes that America ‘stole’ from the Indians and undermined the poor and minorities throughout history to this day, thereby pitting the lower echelon of society against capitalism. Other Sixties radicals are , surprisingly, available to D’Souza as interviewees including Noam Chomsky and Ward Churchill – real characters who add color to the movie and offer contrasting opinions to DeSouza’s .

No wonder we see Obama and others as anti-business, according to D’Souza. They are more interested in controlling the masses ala socialsm and communism with promises and handouts along the way.  These folks, many no longer in the labor force -or ‘low-information voters’ as some call them today – become accustomed to  the easy way out, not having to work ,etc. and readily follow those ‘enablers’ like Alinsky and Obama who have , in effect, brainwashed them. They no longer have the motivation or desire, like,say, a Star Parker, one who was strong enough  to go  against the grain as a young black woman on welfare to rise up and found her own   organization.

These folks  may not be wealthy but they become comfortable with their welfare, food stamps and creature comfort handouts-  getting enough putblic assistance (via remaining middle class and upper class taxpayers) they no longer have to work. D’Souza shows how ‘Obamacare’ fits perfectly in the scheme of controlling the masses with big government while forcing ‘his’ insurance on those who may not want it.

D’Souza interviews Parker , who, along with   himself ,   compare the ‘Alinsky’ process to modern day slavery, where people are no longer taught the ideals of capitalism and free enterprise the nation was founded upon – that there should be no limits to what a person can do or how much he or she can earn. Instead, one encouraged to live off the dole* and be comfortable with a modest, if comfortable but limited lifestyle  instead of the ability to ‘reach for the stars ‘.

We believe D’Souza well lays out his real message that  the Obama government is trying to change the country from its captialistic roots of free enterprise   to a socialistic one where government is a stronger force in America  while less respected as  the world leader it has always been..  However, D’Souza might have   finished off the movie with this concept in  a stronger warning just as he opened the movie, ‘What would the world be like without America?,‘ perhaps adding, ‘In these   technological times devastating CHANGE for the worse could happen even more easily than in Washington’s, Lincoln’s or Hitler’s day. ‘

We strongly recommend the movie to everyone.  It may not be perfect but we’ll give it 5 stars as an important warning and wake-up call for all those who are sitting back all too comfortably with their Obama entitlements – and for those who are working very  hard to stop and pay attention and not take for granted an American lifestyle that could quickly and easily disappear; it may be already .

For more, see ‘AmericaTheMovie.com’ or get the book: