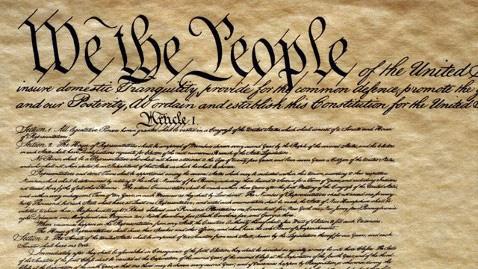 FREE Constitution and Declaration of Independence

Get The Constitution and Declaration of Independence For FREE!

“We the People of the United States, in Order to form a more perfect Union, establish Justice, insure domestic Tranquility, provide for the common defense, promote the general Welfare, and secure the Blessings of Liberty to ourselves and our Posterity, do ordain and establish this Constitution for the
⁰ United States of America.”

“We the People of the United States, in Order to form a more perfect Union, establish Justice, insure domestic Tranquility, provide for the common defense, promote the general Welfare, and secure the Blessings of Liberty to ourselves and our Posterity, do ordain and establish this Constitution for the
⁰ United States of America.”

Positive Spin On 10 Months of Covid

Remember when local schools announced they were closing for 2 weeks in March 2020 due to the mysterious novel Coronavirus? Many thought COVID would disrupt our lives for a very short time but here we are 10 months later with most local schools barely resuming in-person instruction and the future is anyone’s guess.

Imagine the school and business closures only lasted 2 weeks as initially announced, you can be sure we would have forgotten the virus ever existed by now, just like most people can’t tell you when the swine flu pandemic happened. But after 10 months of unprecedented global disruption, you can be sure the COVID era will be seared into the collective memory of humanity for a very long time.

In this week’s Torah portion Va’eira we learn about seven of the ten plagues G-d afflicted the Egyptians for enslaving the Jews. Many who are familiar with the story of Exodus don’t realize that more than ten months elapsed from when Moses first demanded Pharaoh let the people go until they actually left. Each plague was a one month procedure. For three weeks Moses warned them of the impending plague and each one lasted a week.

Only after enduring miraculous harassment for close to a year, Pharaoh finally snapped and chased the Jews out of the land in mere hours, which presents the glaring question: Why could G-d not whisk the Jews out of Egypt within hours of Moses arriving with the promise of redemption?

Imagine Jews in Auschwitz were told that G-d would first patiently afflict their oppressors for 10 months and only then take them out of the barbed wires. They would surely forgo seeing their murderous captors suffer and prefer to get out of there immediately. Why did the exodus from Egypt need to happen over such a long period of time?

The 10 plagues were not just a punishment for the Egyptians’ sadistic behavior. They were designed to disprove their heathen ideology and prove to them and to the rest of the world that G-d is in control of the universe. Had the Jews been whisked away from slavery in a matter of hours, days or even weeks, it would have been big news for a while but forgotten almost as quickly as it happened. Only because Egypt endured more than 10 months of divine harassment in such a public way did the knowledge of G-d’s omnipotence remain seared in humanity’s collective memory forever.

The COVID era is unique in the fact that people everywhere experienced its disruptions personally. But aside from the devastating pain, loss and financial ruin it wrought, it also revealed the deep reservoirs of perseverance and goodness we all possess. The outpouring of concern for neighbors, friends, community members and complete strangers is simultaneously astonishing and heartening. Many utilized the many extra hours suddenly available because of the closures to increase their Torah study and try out new Mitzvahs, discovering a new appreciation for their Judaism.

These past 10 months will reshape our lives and the world we live in for generations to come and it is up to us to choose which part of the experience will remain engraved in our collective memories. Let’s ramp up the unique positivity we can generate specifically during this once-in-a-lifetime situation and ensure that we can be proud of this era’s lasting effects.